The Third Inaugural Pope Leo XIII Award Fundraising Dinner Gala was held at The Yale Club in Manhattan on December 9th, 2019. Enjoy the photo gallery and video from this wonderful night. We’d love to thank all who contributed to the success of this evening and for supporting the mission of The Leo House. 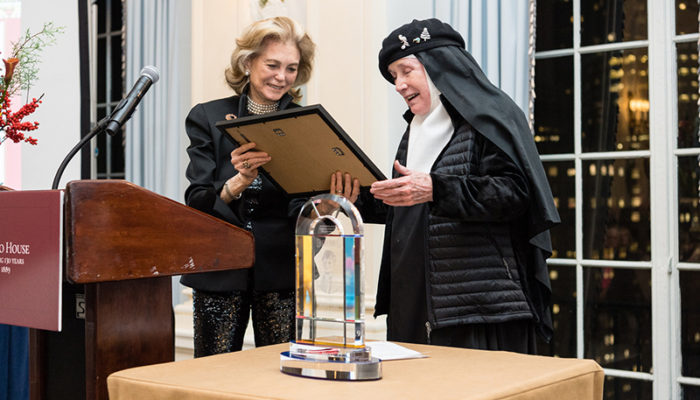 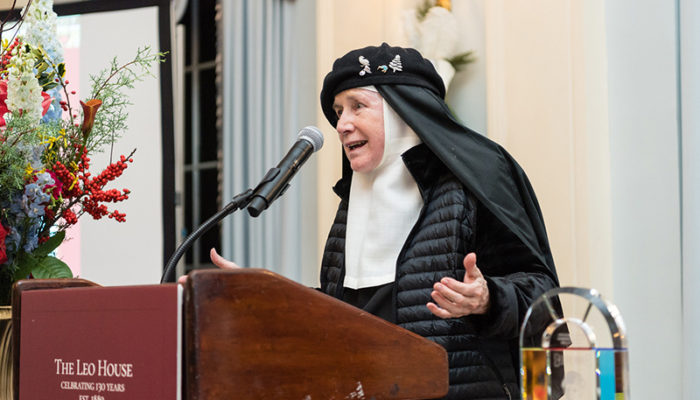 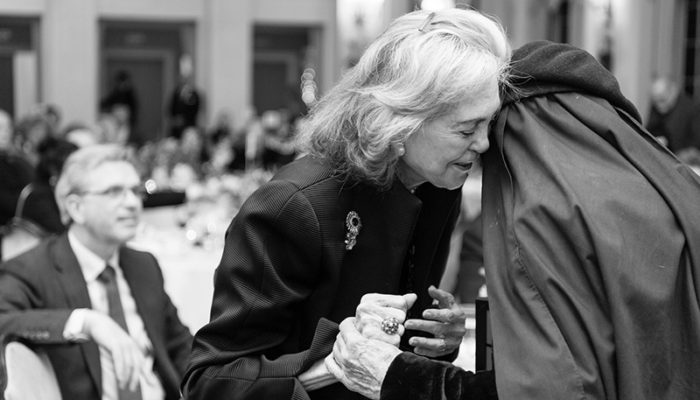 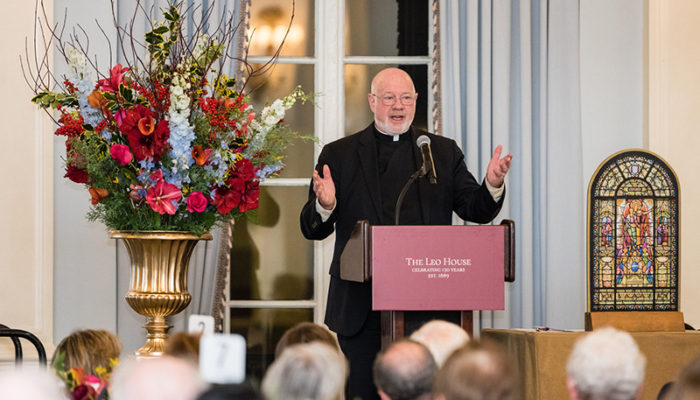 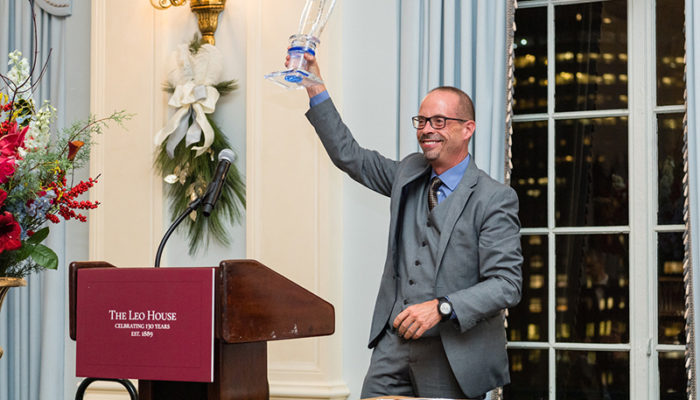 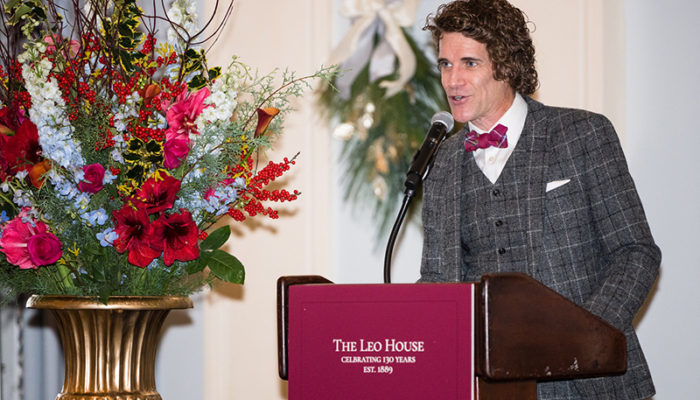 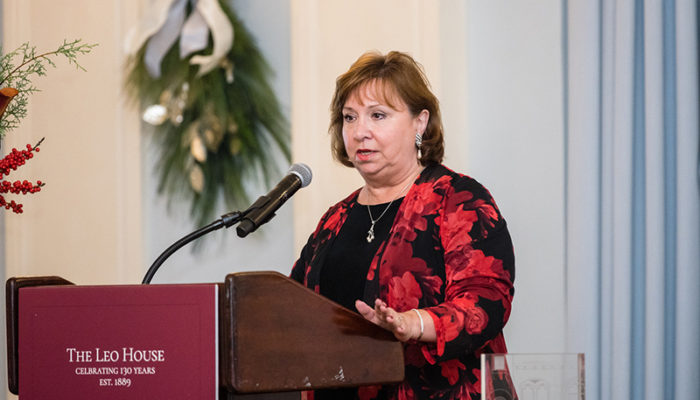 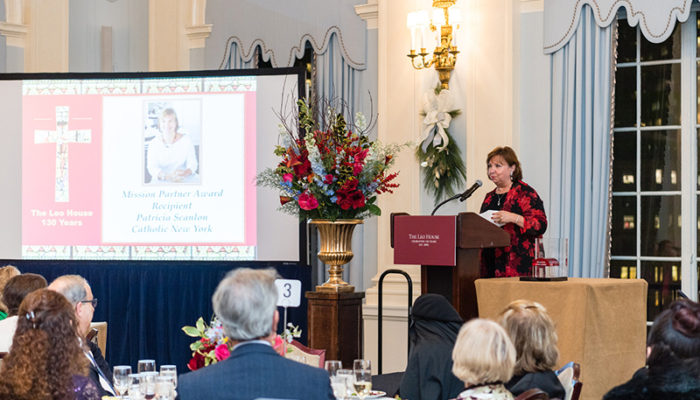 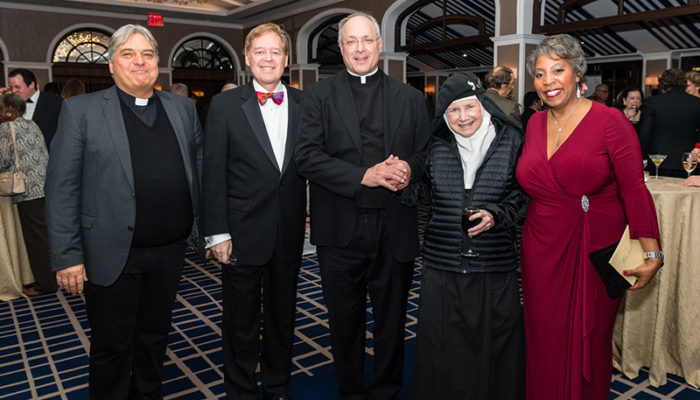 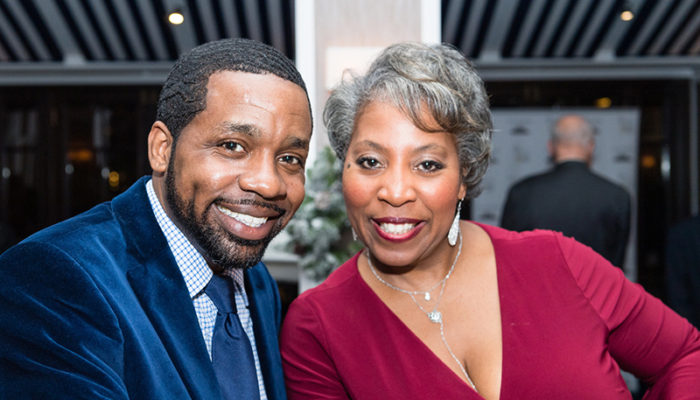 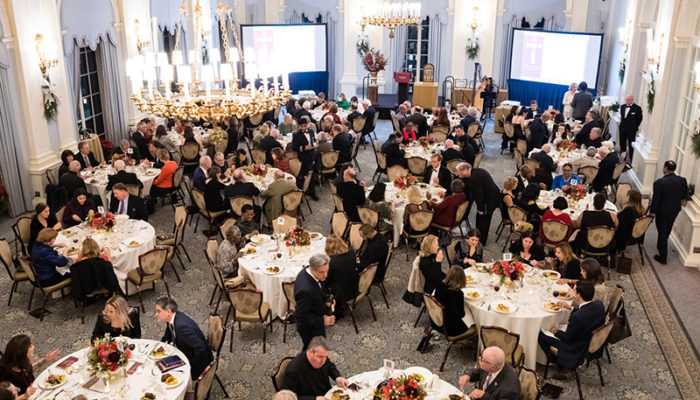 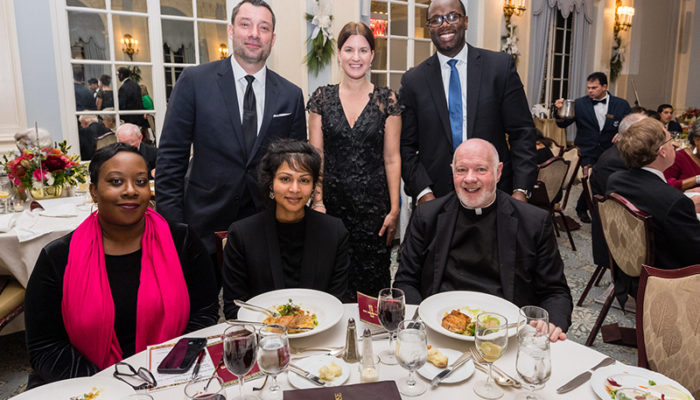 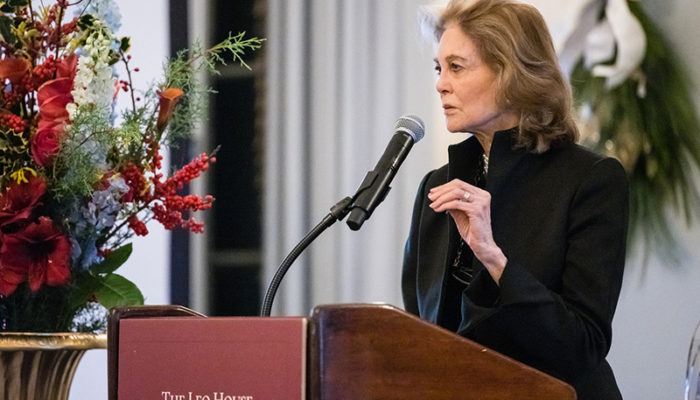 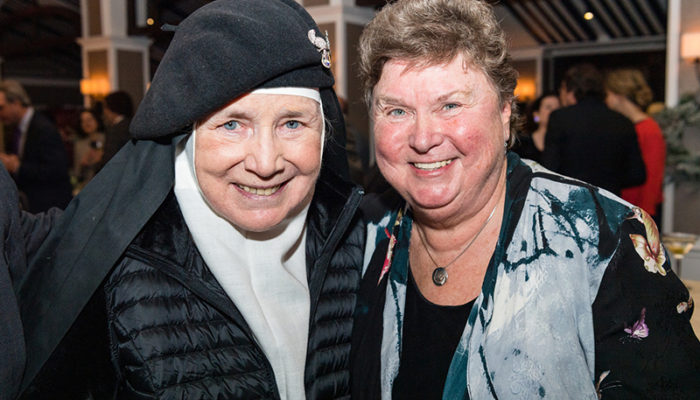 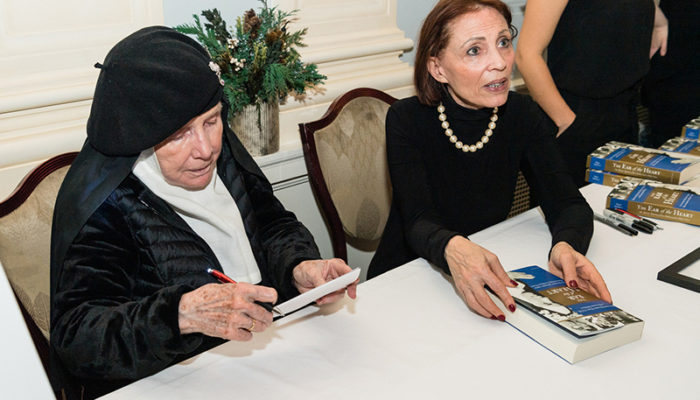 Mother Dolores Hart, OSB, signing autographs of her book, 'Ear of the Heart'. 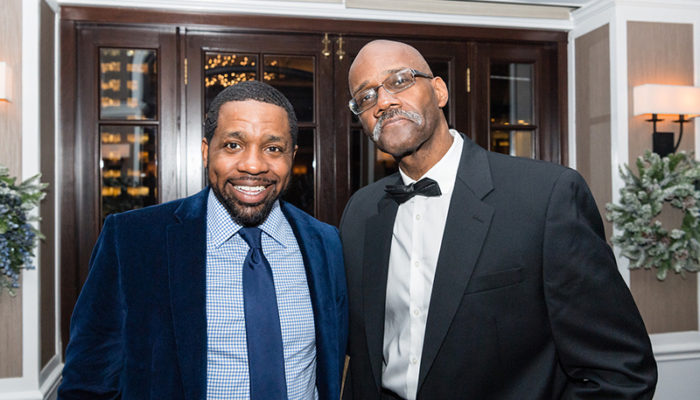 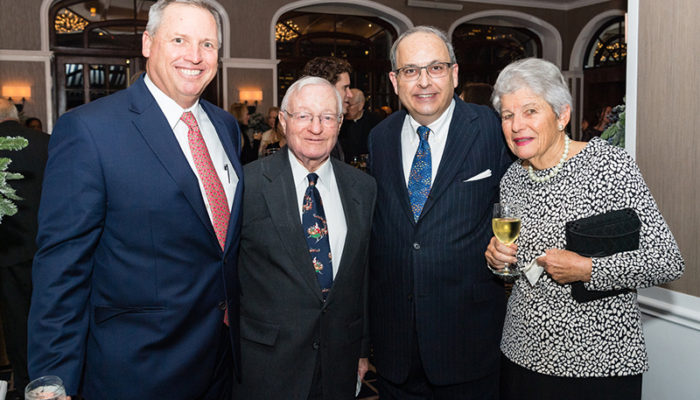 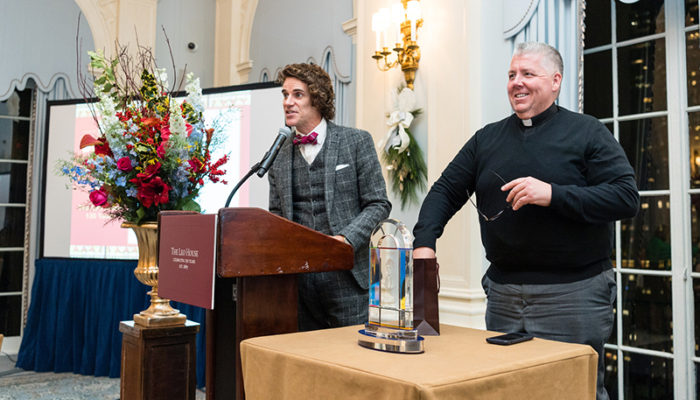 What is the Pope Leo XIII Award?

The Pope Leo XIII Award is administered by the Leo House Board of Directors through its Board Selection Committee. The award seeks to recognize Catholic clergy, religious and lay persons or organizations who best embody the ideals and values most cherished by the late Pontiff. The award also recognizes those who have served faithfully to advance and enhance the pontifical legacy and heritage of Leo XIII. The Pope Leo XIII Award remains the only national award in the United States honoring the name of a pontiff.

About The Abbey of Regina Laudis- The Abbey of Regina Laudis was founded in 1947 in Bethlehem, Connecticut. It is a community of contemplative Benedictine women who praise God through prayer and work. A new campaign, known as the New Horizons Renovation Project, will help address critical issues of safety and handicap-accessibility at the Abbey. Your support would ensure they are able to provide better care for the elder members and house incoming younger members. Most importantly, support of the campaign helps them continue serving as a welcoming center of prayer and spiritual solace.

The origin of the Pope Leo XIII Award in the United States connects to the Archdiocese of Chicago and Bishop Bernard J. Sheil (1888-1969). Sheil, founder of the Catholic Youth Organization (“CYO”) in 1930, devised and initiated the award. After Bishop Sheil’s death, the Award continued until 1978 when it was discontinued. No Pope Leo XIII Award has been presented in the United States since that time.

In early 2017, Fr. James Hyde of the Archdiocese of Chicago, happened upon the history of the dormant Pope Leo XIII Award in archival documents. In staying at the Leo House in New York City, the Catholic guesthouse named in honor of Pope Leo XIII, Father Hyde spoke with Leo House Executive Director David J. Smith. The suggestion was made to “resurrect” the former Chicago-based award and to present it annually. The award is now tailored to, and under the auspices of, the Leo House of New York City.

Pope Leo XIII (1878-1903) is the oldest serving Pope to date (reigning until his death at age 93). In addition, he holds the third longest pontificate behind Pope Pius IX and Saint John Paul II. Due to his issuing eleven Papal encyclicals on the subject of the rosary, he is known as the “Rosary Pope.” Championing intellectualism, he attempted to define the Catholic Church in modern thinking. He inspired the Catholic faith in the youth around the world. Standing up for the rights of workers, he supported fair wages, safe working conditions and the formation of unions. Pope Leo influenced Roman Catholic Mariology, or the systematic study of the person of Mary, mother of Jesus. Pope Leo XIII was a tireless friend and protector of German immigrants arriving in the United States, specifically in New York.